Lying on the southern margin of Lake Argentino, El Calafate enjoys a good climate. Lake water raises the average temperature, while the gentle slopes to the south work as a natural protection. That geographical location determines a benign climate.
In this small city, only 300 millimeters of annual precipitation is recorded, much of it in the form of snow, which ensures a large number of days with clear skies, without clouds.

At 200 meters above sea level, the cold is not intense and the temperature is pleasant, especially in summer. In general, the mornings and the sunsets are very calm, but at some time of the day the presence of the Patagonian wind is felt, especially between November and February.

The days are usually particularly extensive in summer. The longest day is December 21: it dawns at 05.00 and darkens at 11.00 pm. On the other hand, during the winter the nights are very long. The shortest day of the year is June 21: it dawns at 09.30hs, darkens at 5.30pm and the minimum average temperature is -5º C.
However, this is not an obstacle to tourism and visiting the glaciers and, if the Redonda Bay is frozen, it is possible to enjoy ice skating afternoons in the open air among other activities in winter. Some hotels in El Calafate remain closed, so it is suggested to make reservations in advance.

How to get to El Calafate?

The road distance between Buenos Aires and Calafate is 2,761 kilometers on the shortest route (largely along National Route 3 and a long stretch at the end on National Route 40). Those who wish can do so by car if the route is diagrammed with a walk for example, diverting to Mendoza and crossing the mythical Route 40. While it will not stop having tiring stretches, it will be much more interesting in terms of landscapes. Also, it would be necessary to add stops, so that the trip along route 40 would have to be organized as an adventure in itself of several days.

The airlines that operate at El Calafate International Airport are: LATAM, Aerolíneas Argentinas (the one with the most flights) and LADE (connecting Buenos Aires with many of the Patagonian cities).

On our website you can find the best excursions to make in El Calafate and photos that illustrate the beauty of this destination.

Below you can see a map of the city of El Calafate.

On this multi-adventure tour we drive in 4×4 along Route 40 to the Santa Cruz river and from there, after a technical talk and equipping ourselves with dry suites, we began to row down the river.

The best combination of activities to visit El Chalten in a single day from El Calafate. It is not necessary to be an advanced walker to enjoy together with our guide the two walks to panoramic points. In addition to…

We suggest an experience that only a few can enjoy. Stay in one of the oldest Patagonian estancias and visit the Perito Moreno Glacier from a different point of view!

Estancia 25 de Mayo has 17,000 hectares of countryside, and its old town is located steps from the center of El Calafate, an ideal place where you can rest and enjoy the landscape at the foot of Cerro Calafate.

The “El Calafate Balcon Experience” tour allows visitors to El Calafate look out to an imposing natural viewpoint where you can enjoy a magnificent panoramic view of El Calafate and Argentino Lake.

The Estancia Nibepo Aike is located 56 km from El Calafate and still preserves the essence of the old Patagonian estancias. Initially called La Jerónima, Nibepo Aike covers an area of ​​more than 12,000 ha, delimited by the South Arm… 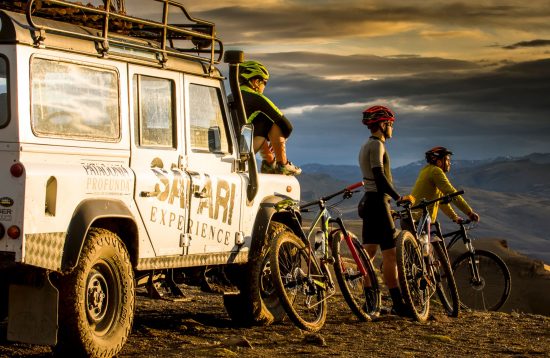 The Safari Bike is a bike ride through the high fields of the Estancia 25 de Mayo Nature Reserve, where we can feel Patagonia in all its splendor, marveling at the landscapes and animals that inhabit these lands. 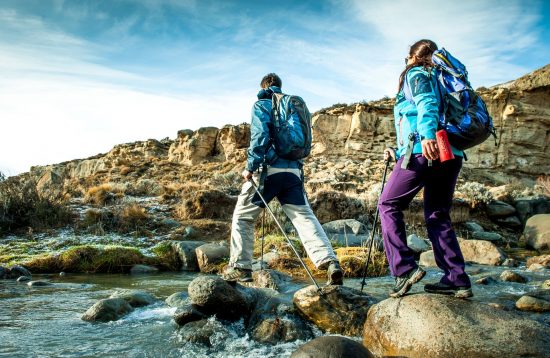 Cañadon Experience is a trek of medium difficulty that allows us to travel the channel of the Calafate stream, until we reach the Section of Estancia 25 de Mayo. The hills that surround us form a canyon that invites you… 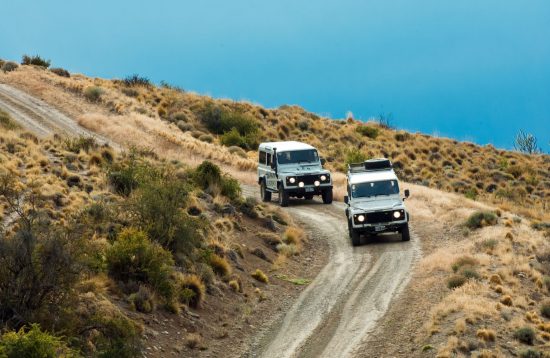 In this true 4×4 expedition we will access the most remote places of Deep Patagonia, leaving from El Calafate to the south and reaching panoramic points from which we contemplate the immensity of the landscape, with a view of the… 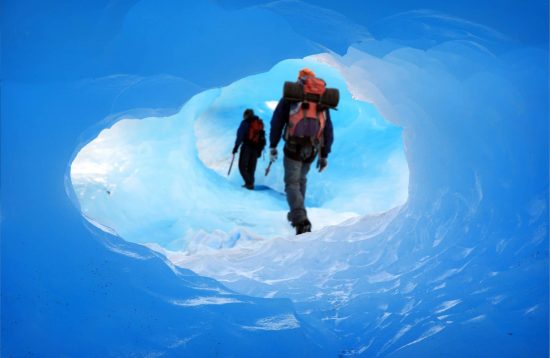 Delving to the center of Perito Moreno Glacier to explore the most beautiful corners! This unforgettable experience begins very early in the morning, at “Bajo de las Sombras” Port, after visiting the Glacier’s catwalks.  Once on-board,  participants cross the Rico Branch,… 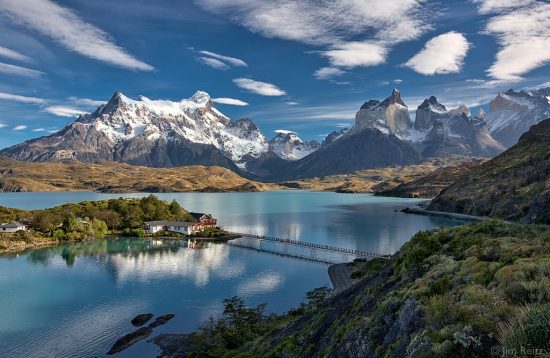 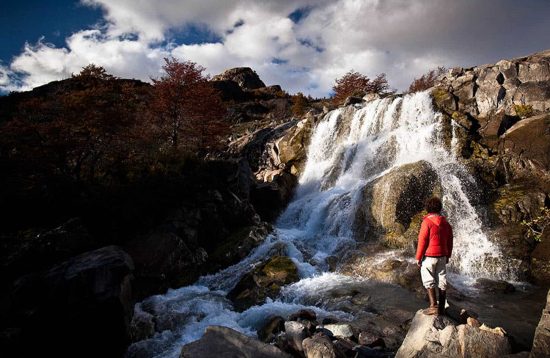 After participants disembark, ATVs begin the ascent through a mountain road, touring 9.5 km until reaching the Continental Ices shelter. After a 20-minute walk over glacial erosion ground, the group gets to a privileged viewpoint in front of the eastern… 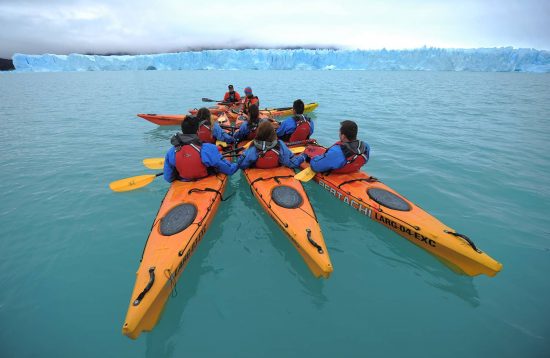 Come and see Perito Moreno Glacier like no one has ever done it before, at water-level, in your small kayak getting an even better perspective of its extraordinary size, rumble and movement. The experience starts with a free exploration of… 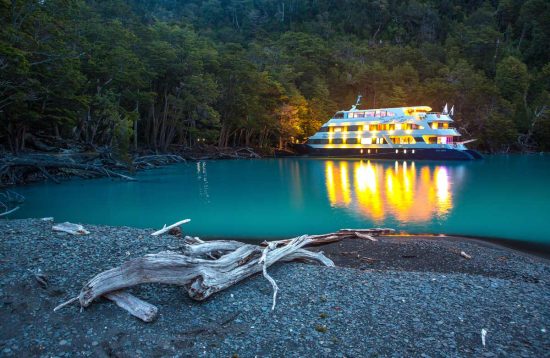 Explore our exclusive programs and be part of one of the most unique experiences in patagonia. A luxury expedition to the heart of the glaciers.

Get away from civilization and allow yourself, for 4 days, to become a part of the landscape but also of patagonic life. A riding experience surrounded by immensity. Participate just for some days in a rangers life, in communion with… 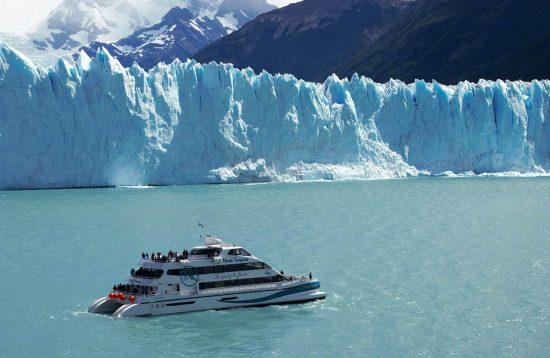 Once passengers arrive at the private port “La Soledad”, they will board an equipped ship to experience an unforgettable day. Gourmet Glaciers Experience has a very quiet dynamic that proposes a boat trip on-board the traditional Maria Turquesa Cruise, specially… 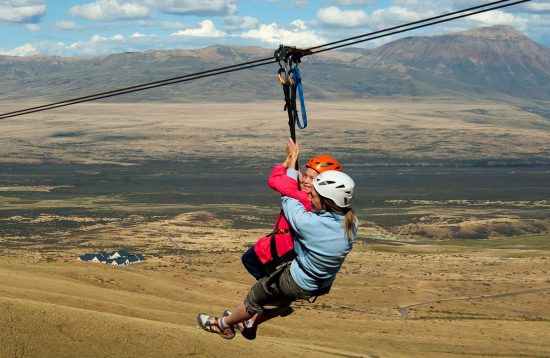 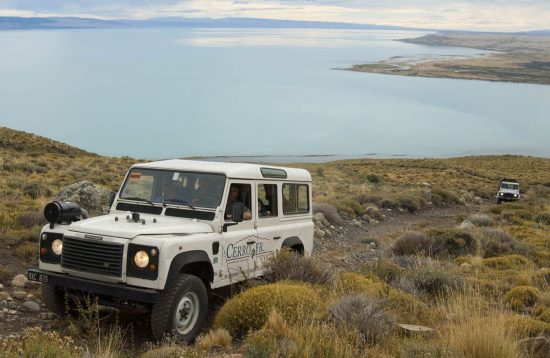 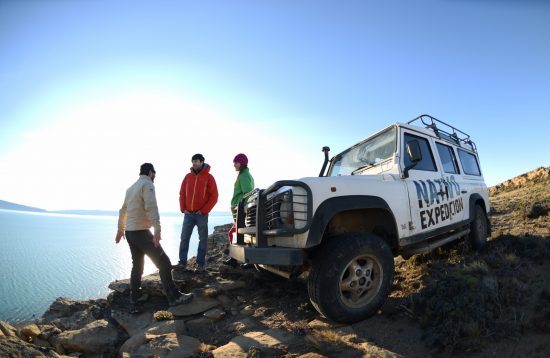 “Nativo Experience – Lakes and caves” is a 4×4 activity through the Argentino Lake’s shore, with an anthropological approach that tours man’s presence along the years in this region. The aim is to rediscover the first expeditions of the brave… 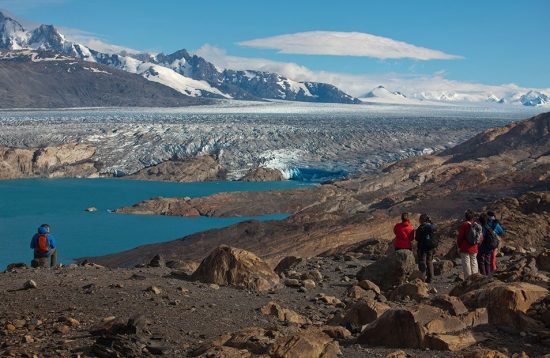 Back to pioneers times : nature and history rossing on wheels toward the exclusive and unique earthly viewpoint of the Upsala Glacier ! Estancia Cristina is the main house of a historic Patagonian ranch, set in an amazing natural environment, surrounded by glaciers, the Andes and the Argentino Lake. 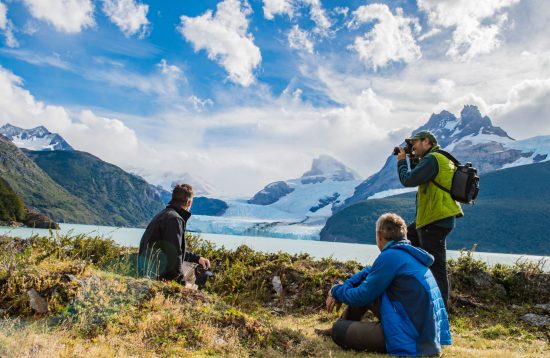 Navigate the largest lake in Argentina to admire the Ice Giants! The tour begins 47 km away from El Calafate, at Punta Bandera Port, where comfortable state-of-the-art boats are waiting to navigate the Argentino Lake. Next destination will be Upsala… 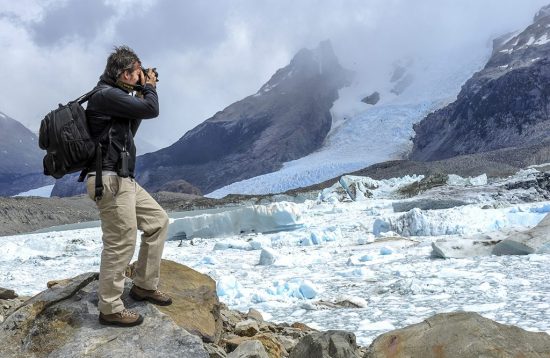 It is a tour prepare for travelers who enjoy walking in remote places . Truly those who have made this trek feel they are the first ones to reach the places they visit. Glaciar Sur Aventura is an experience designed… 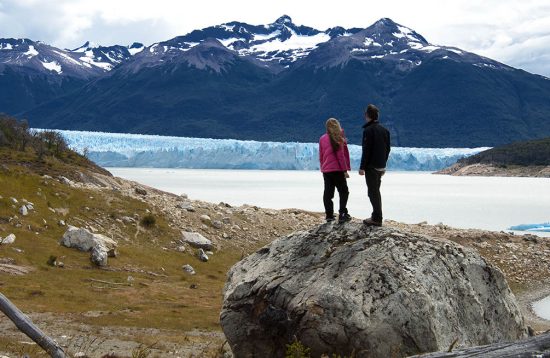 Glaciar Sur Pioneers is an option thought for those seeking exclusive experiences or a different glance at landmarks. It is a Patagonian gaze of the National Park Los Glaciares, which runs from the steppe to the Perito Moreno Glacier. 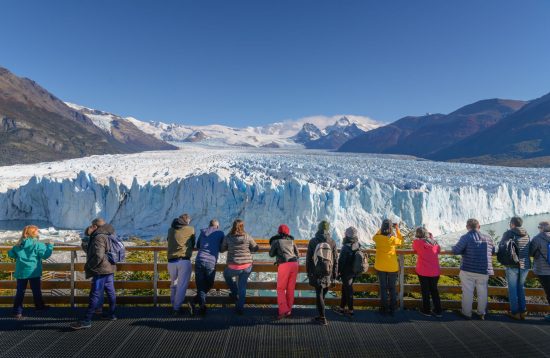 The visit to the most mythical glacier in Los Glaciares National Park with an exclusive navigation looking to the North Face of the Perito Moreno Glacier! Located 80km away from El Calafate, “The Moreno” is the National Park’s host, where… 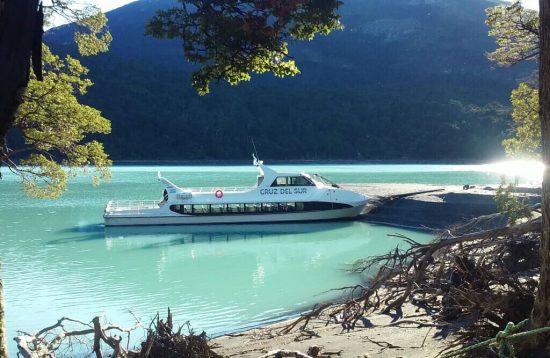 Navigation & Trekking Experience. The itinerary begins inside the National Park, departing from the pier of Bahía Tranquila in Punta Bander port.  Participants will navigate De los Témpanos Canal to enter Seno Mayo of Argentino Lake, the biggest and most… 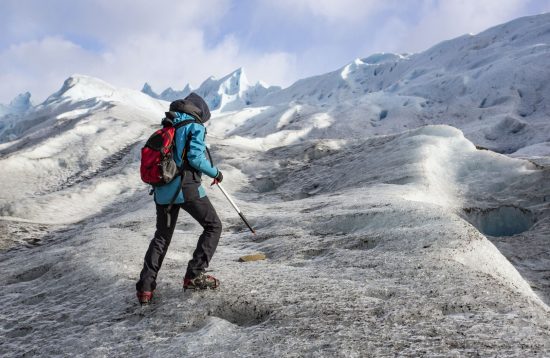 The unique experience of walking around the Perito Moreno Glacier! The circuit over the glacier lasts 2 hours and it appreciates different formations over the ice as crevasses, seracs, sinks, small lagoons, etc. The walk is moderate, done over uneven…